Ever since prehistoric times, people have been fascinated by gold and gold alloys. The gold symbol has become synonymous with wealth and power.

Countries around the world use gold reserves as the ultimate resource to hold up their economies. The more gold a nation has, the stronger its currency is on the global markets.

However, how much do you know about gold? This article will explore the entire history, facts, and properties of this precious metal, from the gold symbol to its importance in industry and the global economy. Read on to find out more!

Belonging to the family of noble metals of the periodic table, gold is a lustrous metal that is very valuable in terms of its uses and the gold price. Its atomic symbol is Au, and it is well known for being a very un-reactive element when mixed with other elements or compounds.

In its purest form, gold is a very soft metal, which has to be alloyed with other metals to make it harder and more robust. However, it has many other attractive properties that make it valuable, in particular its color, brightness, and the fact that it is easily malleable into many shapes; a property valued in the jewelry and minting industries.

No other metal on earth has such as rich history as that of gold (silver is a far-off second). When it comes to metals that have shaped civilizations, gold is the undisputed king of all metals.

According to archeological research, the discovery of gold can be traced back to at least 3000 BC. That is an astonishing 5000 years ago. Ever since that time, many of the civilizations that we know today have risen and fallen because of gold.

Some important historical figures, such as King Croesus, are forever linked with the history of gold due to how much they sought it. Throughout history, people have driven themselves to the point of death in search of gold. The chemistry branch of Alchemy was devoted to the study of ways to convert other metals into gold. Present-day scientists know that is impossible, but such is the value of gold!

The name of gold itself is an Anglo-Saxon word, although its symbol, Au, is derived from its name in Latin, Aurum.

Back then, the only gold that was used was that which could be easily found in alluvial deposits. However, it was the Egyptians who were credited with being the first civilization to start the mining of gold.

In 2000BC underground gold, reserves were accessed for the first time using primitive mining methods developed in ancient Egypt. Since then, as technology has advanced, various methods of detecting and mining gold have been developed to allow humans to access deeper and more remote gold reserves.

It was not until 640 BC that crudely shaped gold coins alloyed with silver began to circulate, initially in the Kingdom of Lydia and then in other parts of the world. However, it was King Croesus who finally authorized the minting and circulation of pure gold coins. The rest, as they say, is history.

Facts and Properties of Gold

What it is about gold that makes men go crazy trying to possess it? Even now, after so many millennia, gold is still one of the most valuable metals in the world. From its perpetual presence on the commodity exchange platforms, such as the New York Mercantile Exchange, to its importance to the Federal Reserve Banks of every government on the planet, knowing the facts about gold is worthwhile.

Gold is one of the most precious metals to be found anywhere on Earth. Its value is derived from its rarity, with the metal not found in the majority of places on the planet. Many forms of investments are based on gold reserves.

It has always been an important part of currency valuation and has also found use in the jewelry, medical, technological, and industrial fields, where it is used to make industrial catalysts.

The gold symbol, Au, is found in block D, group 11, and period six of the periodic table. This makes it a noble metal, characterized by its low reactivity to other elements and compounds.

The easiest and most common way to measure gold is by using the troy ounce. One troy ounce of gold is equivalent to 28.3495 grams, the unit of measurement used in other parts of the world.

Today, one troy ounce of gold is worth about $1,664 on the commodity exchange market. This value rises and falls continuously during the day, but in terms of price stability, gold is still one of the most preferred investment options.

Atomic Number and Other Data

The following are some of the important chemical properties of gold:

Gold is one of the few elements that occurs in their natural states in nature. In most cases, it is found as alluvial deposits, or as veins underground. This makes the mining process a lot easier and as a result, the metal is mined in many places throughout the world.

Each year, about 1500 tons of gold are mined across the world, not counting artisanal miners whose records are not easy to validate. Almost two-thirds of the entire gold mined on the planet comes from South Africa alone! Russia is the second largest supplier of gold.

Another natural source of gold is sea water, which contains a low concentration of gold deposits. However, even though this is a large amount of gold overall, so far all attempts to reclaim this gold have not been successful.

Surprisingly, the biggest supplier of gold is not South Africa, as one would assume given that they mine the most amount of the precious metal. No, that honor belongs to China, which is probably due to their huge economy which takes up a lot of the world’s gold. Australia and the USA are the next two biggest producers of gold.

The risk associated with gold reserves is very low when it comes to the likelihood that they will lose their value. However, because it is such a high-value item, gold always carries a huge risk of theft. This is why it is advisable to store gold in trusted depositories or banks, rather than at home.

Are There Any Toxic Effects of Gold?

Gold is a very un-reactive element, which means it is not considered a toxic substance to humans. However, the use of hazardous chemicals, such as mercury, to separate gold from its ores makes the mining process very dangerous to the health of artisanal miners, who have been known to develop arthritis, cancer, and other serious illnesses. 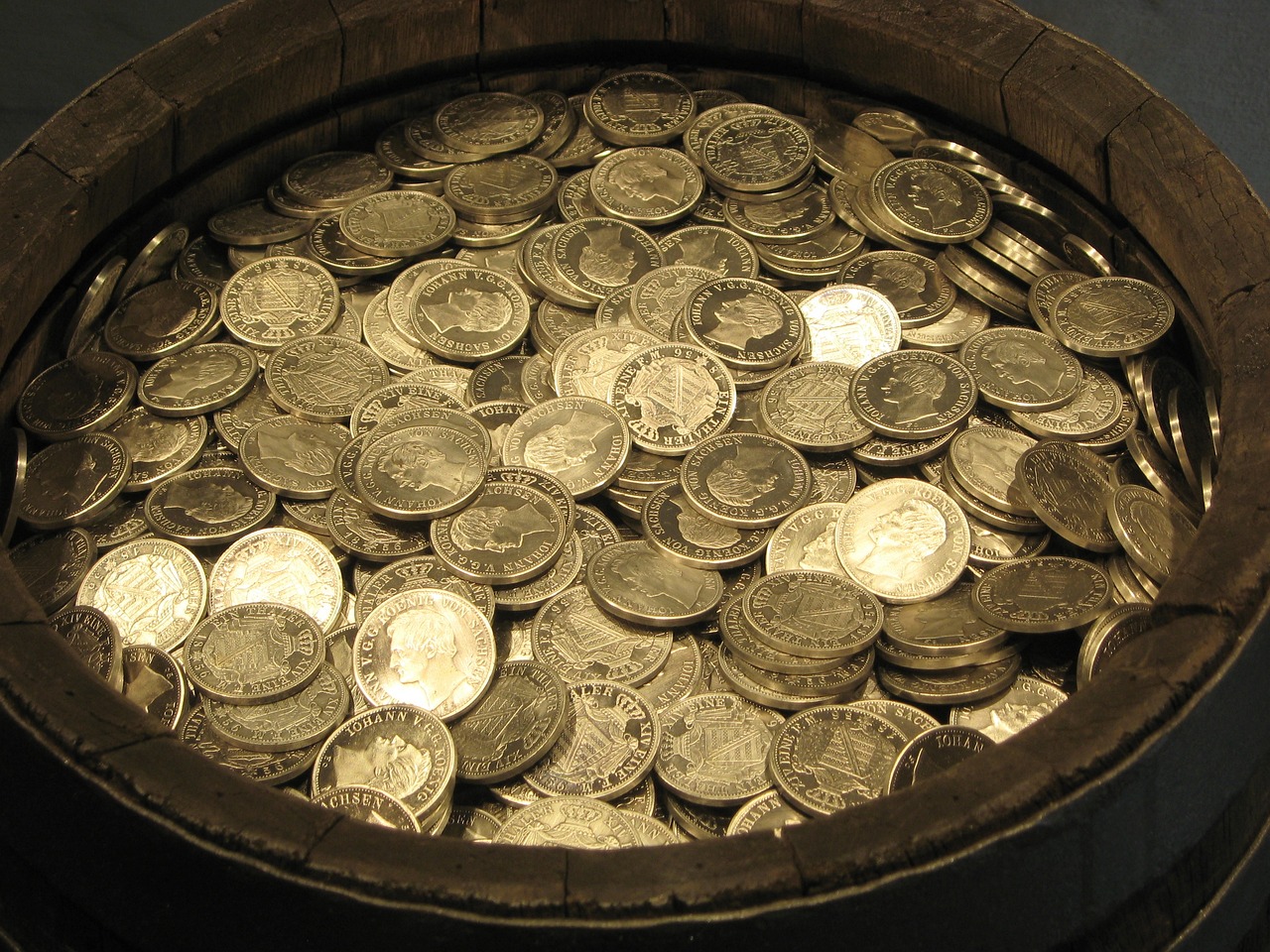 As we said, gold can be found in its natural state throughout nature. However, when it comes to its use, gold is usually converted into many forms. The following are three common types of gold that you should know:

Here we are referring to gold bullion. This is gold that is found in its purest form, which is usually close to 99.9% in purity. In most cases, this is the type of gold purity that is required when making investments. Gold reserves, such as those kept by the Federal Reserve Bank, usually contain gold bullion bars of the highest purity.

Gold leaf is another form of gold that is widely known. In this form, pure gold is hammered into very thin sheets that have a variety of uses, such as gilding ornamental designs, lettering, and edgings on paper, wood, ceramics, glass, textiles, and metal.

Throughout history, gold leaf was sometimes eaten because people believed it had some healing properties.

By far, one of the most abundant forms of gold is gold coins. There are so many different types of gold coins that are made by various countries across the world. Ever since the first coins were minted by King Croesus, gold coins have been used as a form of currency by many civilizations in history.

These days, you will hardly find pure gold coins being used as currency. However, countries still mint large amounts of gold coins which people can then purchase as investment opportunities.

An example is the American Eagle Gold Coin which is minted in the US or the Gold Maple Leaf Coins of Canada. These coins contain a purity of at least 99.9% of gold and allow people to invest their money in a metal that is resilient to inflation and has an ever-increasing value.

What Determines the Gold Price?

The price of gold is one that everyone in the global economy is always keeping a close eye on. It is usually determined by the supply chain. The rarity of gold is what makes it so valuable, so the less of it there is, the higher its price on the open market.

Various things can happen in the mining industry to impact the price of gold. An example is if there is strike action from the miners across South Africa it would severely affect the amount of gold being produced. This would suddenly push the price of gold up.

Other issues, such as political conflict and freak weather conditions can also negatively affect the mining process and push the value of gold higher than normal. However, historically, gold has always been able to weather such issues very well which makes it very attractive to investors.

What Does the World Gold Council Do?

The World Gold Council is a large body that oversees all aspects of the gold trade, from mining to minting. It was created in 1987 and is based on three core values, which are:

It is responsible for making sure that all the gold that is used in the global industry is mined using ethical and sustainable methods.

Many criminal elements have made a home in the gold industry, and it is up to the WDC to make sure that gold from these individuals is excluded from the international market.

Investing in gold has become one of the most popular ways for individuals to safeguard their investments. There are many ways to invest in gold, such as:

The most direct route is to simply purchase gold coins from gold dealers or other approved gold trading companies. There are many gold coins available on the market, so you would need to be very knowledgeable about the coins. If you blindly try to buy gold coins, you will risk being scammed.

Another option is to trade gold on public commodity exchange platforms. Here, you do not need to ever worry about handling the physical gold. All you will do is trade gold based on the current gold price.

If you give yourself time to learn, trading gold on the commodity exchange can be a very profitable endeavor. However, this too carries its risks, which is why you will need to make sure you find a reliable broker to assist you.

Lastly, you can divert a portion of your retirement saving toward a gold IRA. This option has many benefits in terms of taxes and being protected from inflation. These days, with the economy being so unstable, and inflation running rampant, a lot of people are opening gold IRAs as a safety precaution.

Now that you know all there is about gold, it is time to decide how that information is going to help you. If you had never considered investing in gold before, that should change. There are simply too many benefits in gold investments for you to ignore. If you want to safeguard your future, consider buying gold as one of the best options you will ever make.